Me before the conference, “Let’s get up every morning and go to the gym, eat salads, and do our own version of The Biggest Loser so that when we get off the plane, everyone is shocked at our weight loss.”

Me AT the conference, “Can I have some cheese with my cheese?”

Are conferences EVER really what you expect? 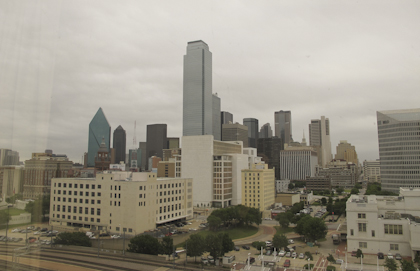 This is our view. I asked at the counter for an upgrade because The Pioneer Woman ALWAYS gets a room upgrade and then they asked me what I wanted and all I could say was, “You choose.” Its conveniently located on the 10th floor right across from the vending machines. And while the room itself is fine, I have what can only be described as blood on my sheet. Yes, BLOOD. 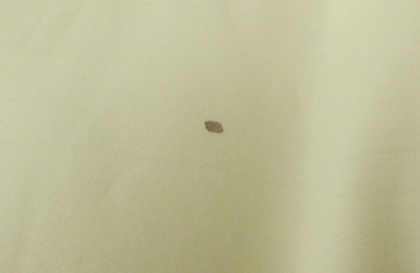 Other than the fact that it doesn’t look like a murder took place here, I’ve tried not to think of it’s origin.

Lori and I spend the morning at a seminar on Building your Social Media Strategy which was GREAT especially since the guys leading it made our room a hotspot and we had wifi the entire time. They formed a group on Facebook and we all joined it so we could post questions online and not by raising our hands like the losers in the Best Practices for Risk Management class.

Later we attempted to go to dinner but since the other 1000 attendees had the same idea and the three hotel restaurants are all served by ONE kitchen, there was a 45 minute wait on everything. 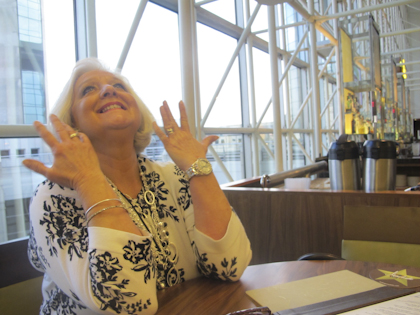 Lori took it well. We finally made a dinner out of chips and queso which I enjoyed despite the whole lactose intolerance thing.

And after THAT, we went to hear Priscilla Shirrer speak which was a definite HIGH. Mainly it was about being one in a million and some other stuff that I’ll totally plagiarize on some Holy Sunday post in the future.

But that’s not all that happened. Despite now being 3:00 a.m., Lori and I went to the Exhibitors Hall and signed up for every free thing they offered. And I WON. A pair of Chuck Taylors!

Well, actually the vendor told us to wear their company pin in a prominent place and that they would come by later to pick someone out of the crowd. If you hear of some Christian chick walking around the conference leading with her right breast, it was Lori. So anyway, when they came up to us, since we were both standing together and we were both wearing their pins, we had to decide which one of us was the winner. 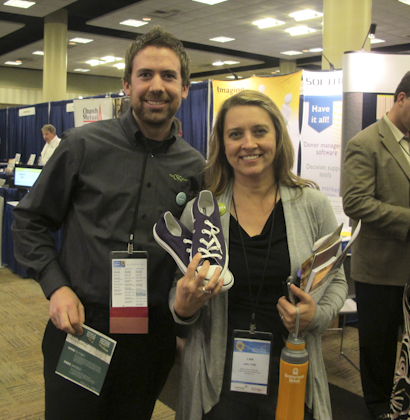 And we agreed it should be me because I was jumping up and down like I’d just won the Mediterranean Cruise for two, and Lori wears weaponry instead of shoes. 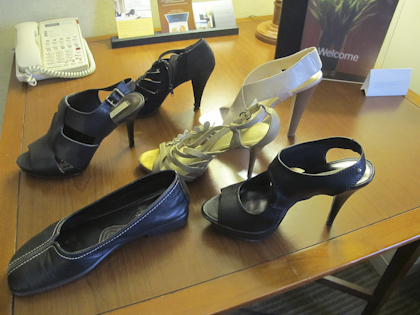 At least if we find more blood on the sheets, we’ll know what caused it.

One thought on “The Highs and Lows of Conferences”