It’s been another exhausting, but fruitful, day in the big city! Since my big event isn’t till tomorrow, we decided to do another day of sightseeing starting with a visit to the Museum of Modern Art. The highlights included seeing Van Gogh’s, Starry Night and several Jackson Pollock pieces. The lowlight included some interesting art by Yoko Ono. Like:

The five-and-a-half-minute film consists of a series of close-ups of human buttocks as the subject walks on a treadmill.

Moon was not a fan.

My friend Jeanette has a super cool mom who just happens to live in NEW YORK, so she met us for dinner. And by “met” I mean “paid” which is my favorite kind of dinner! We ate at a yummy restaurant in Grand Central Station and I have photos but am way too tired to upload them, so stay tuned for later.

Afterwards, she hit the subway for home and we hit the streets to see a Broadway show called, On The Town. It was very well done and we had super close seats, (Row A) so that made it even more special. When it was over we waited outside and got some of the actors to sign our program. Again, pictures to come!

It was 10 pm and none of us felt like taking the subway so we walked. The wrong way. Twice. It wasn’t a huge deal, I mean I was HOPING I’d get to see the neighborhood named Hell’s Kitchen, and we were in luck! Thankfully all of the streets are numbered here and it didn’t take long before we figured out that 42 is lower than 43 and perhaps we should turn around.

By the time we leave on Saturday we’ll be practically locals!

Take a moment tomorrow and remember to pray for me. My talk is at 1 and I practiced what I was going to say today with Moon and JD. Moon commented that I said UM about a 1000 times but other than that, I was great. 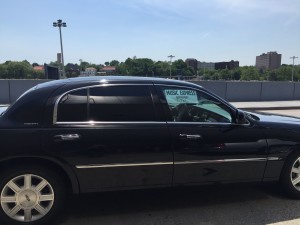 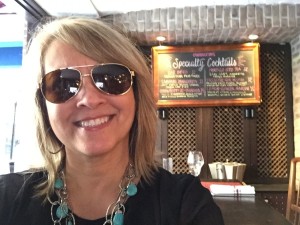 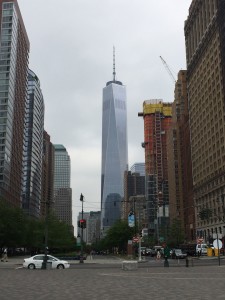 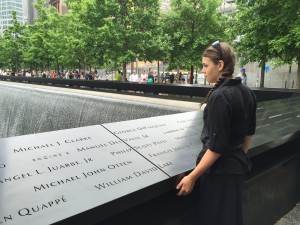 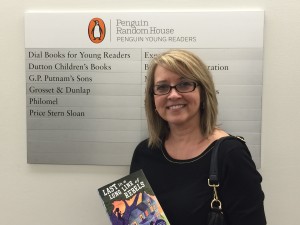 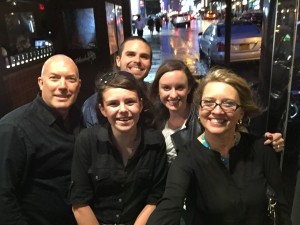 I know I’ve been gone awhile Kittens, but I have heard your heartfelt pleas. Actually there was just ONE, and it was more of a “What have you been doing lately,” than a plea, but you get the idea.

So I’ve been preparing for my big upcoming trip to New York City, and by “preparing” I mean whitening and tightening everything I can. Also, shopping. My friend, Kit, took me to a fancy department store where a lady brought me all kinds of beautiful, TIGHT, clothes to try on. Apparently I have not prepared to the level I should have because she also brought me Spanx. I’m happy to say that some of the items actually looked good on me. I’m sorry to say that all of the items cost more than my couch. 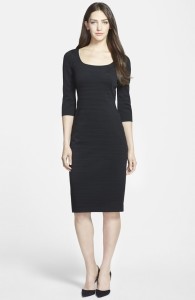 This dress looks fairly basic here, but it’s actually pretty va-voom in person. Of course I may decide at the last minute not to go all fancy and wear this instead: 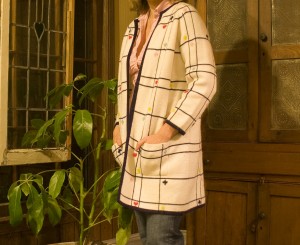 I think it’s important to maintain a standard. 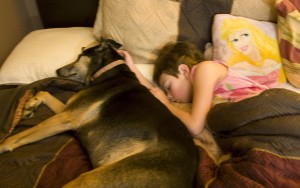 I know, it’s been a LONG time. So much for my blogging with any kind of consistency. I blame my mother. She and the aunts and Cousin Karen spent the weekend with me and they don’t leave time for anything other than yard sales.

While I was busy with work on Thursday, they hit an estate sale, went shopping, cooked dinner, hung out with my daughter, fed the dog and basically made themselves at home. Which was AWESOME. I wish they’d make themselves at home every weekend! On Friday and Saturday, I hit the yard sales with them. We bought glassware, crockpots, clothing, doll houses, jewelry, chandeliers, shoes, boots, vases, pillows, games, purses and two punch bowls.

Part of the fun of shopping is all of the people you meet. We talked to a bridge player whose wife had just died, a fellow who would perform free-style rap for $1.00, and a diet enthusiast who claims the Whole 30 diet is the stuff of dreams.

After the gang left town, I collapsed in the bed until my brother bought Baby A and Rimfire over to spend the night. I fed the toddler anything she wanted, including lots of ice-cream, and forced the teens to watch Sense and Sensibilities.

Sunday we went to church, ate a nice brunch out, then I went downtown to participate in a townhall meeting about bridge.

So my weekend consisted of hanging out with peddlers, watching Jane Austen, and discussing Whist.  I’m sure all those years spent reading Historical Romances has no bearing on my present life.