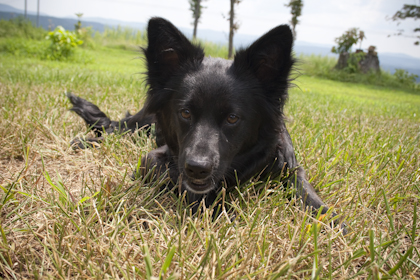 Yeah, she LOOKS cute, but Sally Ann and I have a history. She was invited as a pup, to my parent’s 50th Anniversary weekend last March. 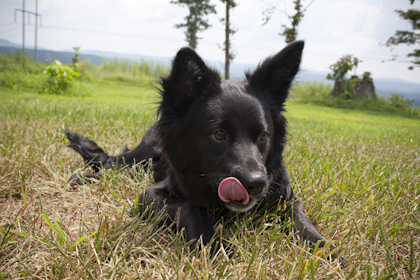 The family rented a cabin and JD and I elected to stay upstairs in the loft with Rachel. My grandmother, Sally Ann’s owner, slept in a back bedroom. The rest of the family took the other bedroom. You know, bedrooms with DOORS? Sally Ann was in a crate in the living room.

It was an AWESOME night. JD ate too much and spent about 3 hours throwing up. Rachel kicked me in the ribs constantly, and to top it all off, Sally Ann decided to wake up at 4 a.m., whining and crying to get out. So I had a choice. A) I could wake up my 95 year old grandmother and tell her to take her dog outside in the dark and pouring rain. B) Wake my husband who was hovering at death’s door, to take Sally Ann outside. or C) I could lay there in the bed until some other family member took pity on her and took her outside. I’ll leave it to you to guess which of those would be the LEAST likely to happen.  (If you didn’t say C, you haven’t been reading this blog). 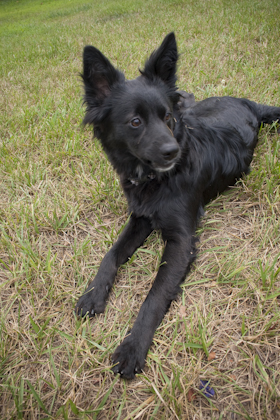 That’s right. There I was, not once but THREE times taking Miss Sally Ann outside in the rain to do her business. She won’t be invited to the 60th.

Don’t look at me like that, you know it’s true. Well, okay. I GUESS  you can come. But I’m getting a room with DOORS.

One thought on “Sally Ann”