I love old photographs. I buy them sometimes at yard sales and flea markets. There’s just something about the look of them that you don’t get anymore. So when I had the opportunity to go through some of my old family photos – I was excited. The problem, of course, is that since my mom’s not here, I don’t have a clue what these people are doing. I don’t even know who half of them are! Several were torn, or stuck in the photo albums, most were missing names or descriptions. It’s torture! 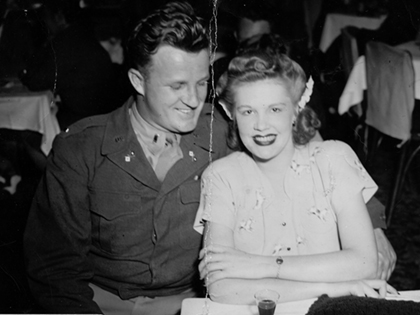 Juanita and Jack is written on the back. I’m guessing this is my Great-Aunt Juanita – but where is she? Is this a party, a honeymoon, a USO dance? Is that a shot in front of her? What’s she drinking ? And what’s up with the look on HIS face? He’s like, “drink up baby!”  I need more INFO! 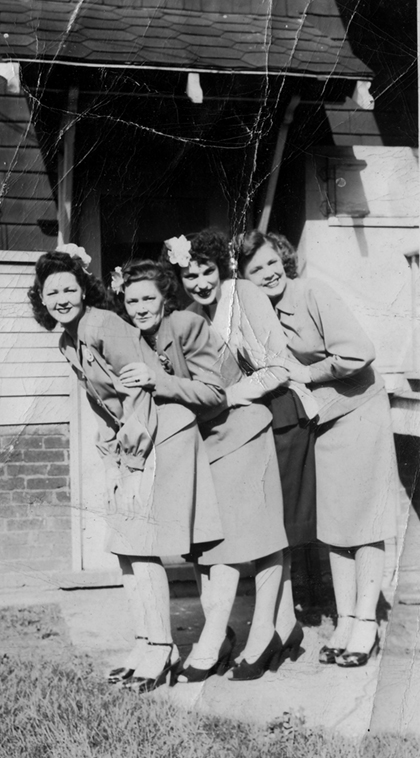 This doesn’t say anything, but I believe that my Great-Aunt Thelma second from the left. I THINK I see her sister Janet, and maybe that’s Juanita again. I have no idea who the other chick is. Why are they dressed up, where are they going? They look like they’re having fun. Or suffering group scoliosis.

This is one of my favorites –

Thankfully, it has “Japanese Family” written on the back, otherwise I’d be TOTALLY confused.  It was in with a bunch of photos of my Uncle Paul during the war, so I’m giving him the credit.  I just love the father’s face.

You should sit down with your family and make them write down everything they know about all your old photographs. Some I understand, I can ALMOST figure out what is happening. And then others – 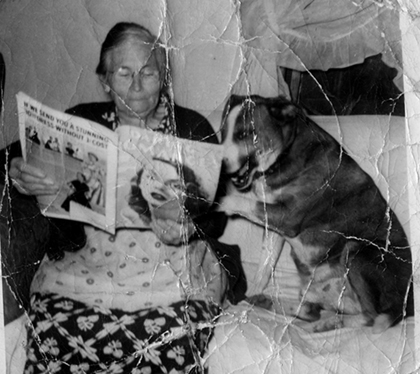 3 thoughts on “Way back when”