I didn’t post yesterday because I am trying out a new thing where I actually give serious thought to what I’m going to say instead of just throwing a bunch of words into WordPress and hitting the PUBLISH button and I was too busy to really focus. Plus, yesterday kinda sucked.

The morning started with me losing my temper with my daughter. She’d stayed up past her bedtime the night before and came into the living room grumpy, sans her math homework and having a coniption because she didn’t understand how to figure the TIP. The TIP for crying out loud! How was she ever going to eat out? After listening to her gripe and complain and not get dressed, I finally lost it. Patience and Self-control? Fail and Fail.

Then I made the mistake of watching C-SPAN and it made me so angry, I violated my recently-imposed rule against posting political stuff on Facebook. Trust me, I am STILL paying the price for that one.

Later, Moon came home from school and we decided to do some work outside. She planted flowers while I cleaned up the rock planter in front of my house. At one point I went to jump on top of it, missed, and landed on my leg, hip and shoulder. Also known as falling down. I might have used what Spongebob refers to as a “conversation enhancer”. As soon as the word slipped out, I remembered what my former pastor used to say, “If you want to see the essence of someone, see what comes out when they get squeezed.” Maybe I have that wrong, cause, gross. But you get the idea.

Perhaps my blog isn’t the only thing that could benefit from some “serious thought”.

And now for some serious costumes: 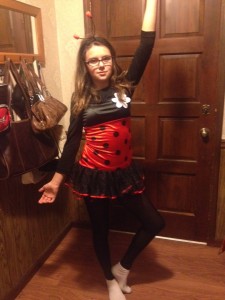 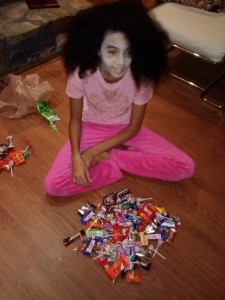 And now I am going to eat some candy. The trick is to eat it really fast before the serious thoughts about consequences get in the way.

One thought on “Thoughtful Is as Thoughtful Does”