Don’t give me grief about this, cause I LIKE old people. I work with old people, I play bridge with old people, my sister is an old person – I’m their biggest fan. But they do and say funny things. For instance…

I mentioned that while we were in Virginia, Moon Pie projectile vomited across Tania-the-Mad’s living-room. I yelled for help and she brought me a trash can, some gloves and some bleach to clean up the mess. Then, for some strange reason, she gave me a large ice bucket lined with paper towels in case Moon was sick during the night. It looked something like this – 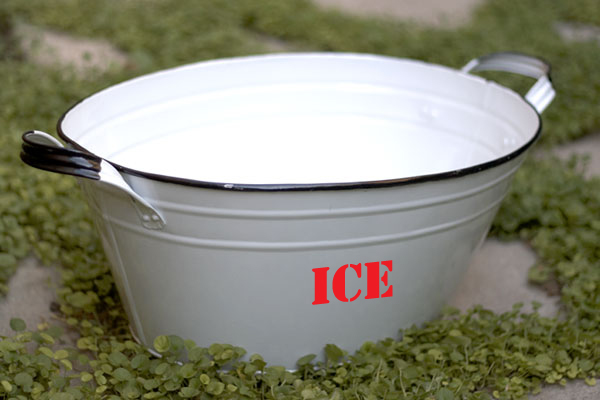 Moon did get sick, several more time. Finally around 7 a.m. I heard everyone stirring, and since it had been hours since my daughter had used the bucket, I threw the contents away. I rinsed it out with hot water, but because Tania was really low on dish-washing liquid, I filled it with a tiny bit of soapy water and left it in the sink. I figured Tania would get some bleach or more dish-washing liquid later. Then I went to eat breakfast with the rest of the family.

As we sat around talking a few minutes later, Tania realized that the breakfast dishes had been done. Granny had washed them in the BUCKET and put them away in her cabinets.  Delicious!

3 thoughts on “Old People Do the Funniest Things”