Guess who went to Medieval Times? You’ve not BEEN to Medieval Times? What, do you hate history or something? Well, for those of you who aren’t fortunate enough to live just over an hour and two major interstates away from the castle, let me enlighten you. It’s a CASTLE, in a mall, where you eat chicken and ribs with your bare hands the way they did it back in the day; and you drink your tomato soup straight from the bowl like manly men did before we got all fancy and high-falutin with our spoons. 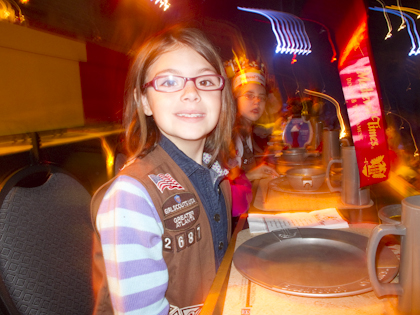 I brought Moon so I could write it off on my taxes as a history lesson. I taught her how to bang her pewter mug and yell, “WENCH, where’s my ale??” There’s a reason it’s not called the MedFriendly period. 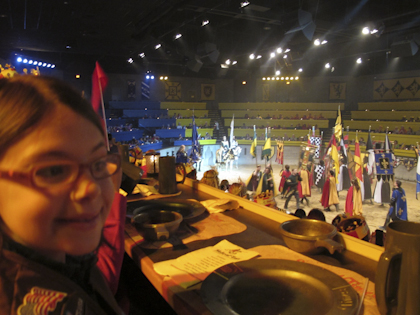 While we were waiting for our chicken so we could rip the flesh from it’s bones, the king invited us to partake in a fair. Knights from various far away lands came together to compete in a family-friendly battle to the DEATH. We were on team Red/Yellow. 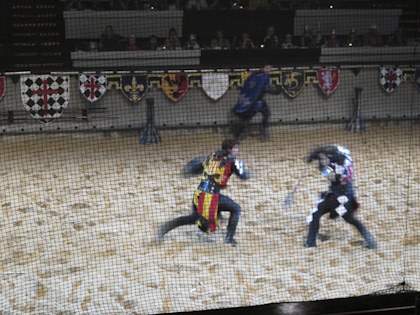 He was a strapping young lad who would not throw me a flower no matter how many times I stole Moon’s banner and frantically waved it at him. 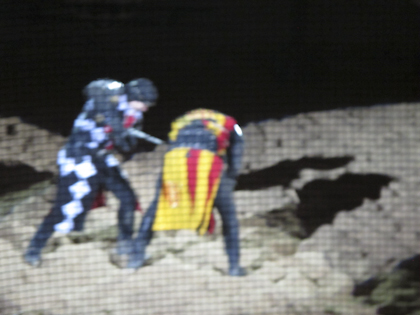 Which made his passing a little easier to take.

Moon LOVED it, especially the horses. I enjoyed the show, but for 70 bucks, I would prefer not to throw up my chicken a few hours later.

M’lady’s underwear was showing a bit, but other than that, I thought she did well. Telling her it was a Water Walking Death Match really helped her attitude.