My husband is not a complainer, but if I had to pinpoint his biggest criticism, it would be that I “don’t listen”.  It’s not that I don’t WANT to hear him, it’s just that I have an entire conversation going on already in my head. For instance, the following is the a transcript from a simple trip to the library.

Hmm, why can’t I ever remember any authors? Nothing looks good. Maybe I’ll find something in the junior section. I wonder why I like books meant for teens. What does that say about me? What happened when I was 12? Maybe there’s something in the adult paperback section. Oh MAN, look at this. Billionaire’s Favorite Fantasy! That’s hilarious. What’s a billionaire fantasize about – how to be a trillionaire? What’s it say on the back? They had shared the most amazing night of passion, but Lewis knew Madeline would quit rather than have people think she slept her way to the top. So he’d have to use every negotiation trick he knew to keep her in his bedroom…and his bedroom! Yeah, I hate it when a one night stand turns out to be my billionaire boss. Oh LORD, I should get this and blog about it. Uh..but then I’d have to check it out and the librarian will think I actually LIKE this stuff. Why do I care what she thinks? If I CARE what she thinks, that’s even more reason to get it. It would be an exercise in not caring. I think everyone should do stuff like this. OK, I’ll get it. I could pretend its for someone else. No, that would be hard to work into the conversation. I’ll get some non-fiction just to show her I’m not entirely stupid. Bob Green’s The Best Life Diet? No, too vain. Greek mythology? Ugg. I’ll just throw a bunch of Rachel’s books on top. Okay, no one else is there, good time to check out. Hey, she didn’t even notice. They don’t even look at the paperbacks. Awesome. Oh darn, it fell off into the floor.

“Brooke, can you hand me Granny’s book.” 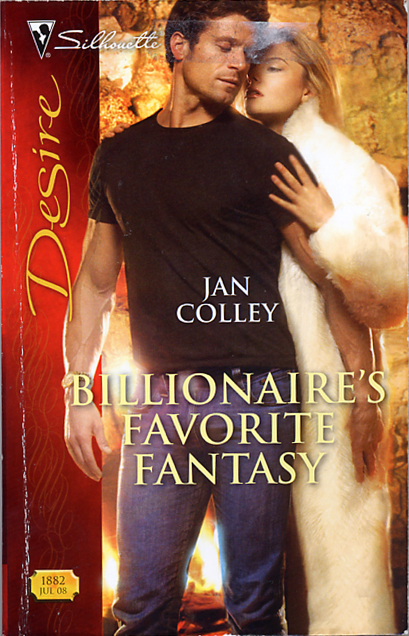 How am I supposed to hear with all of this important stuff going on in my head? BTW- turns out a billionaire’s favorite fantasy involves a long, white, politically correct faux fur coat and little else.