Can I just say something? I know I joke a lot about having a cocktail, but I’m really not much of a drinker. Mainly because I once read that frozen margarita’s have 750 calories and I’ve been dieting for 22 years. But when my father-in-law is in town, I have to make an exception. Stanley is FAMOUS for his Bloody Mary’s. 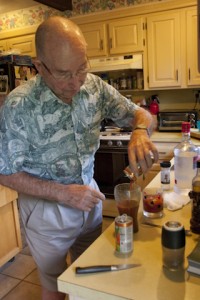 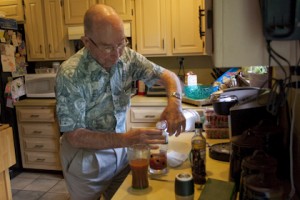 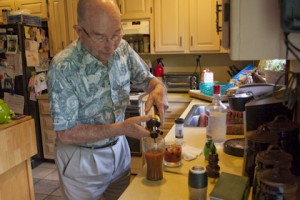 Next he adds Worsheshire sauce. He didn’t give me an exact measurement, but I saw him give it a good 5 or 6 shakes.

Then a really good squirt of lime juice.

NOW comes the ice. Liberally add salt and pepper. YUMMY! The bridge glass gives it a touch of elegance. 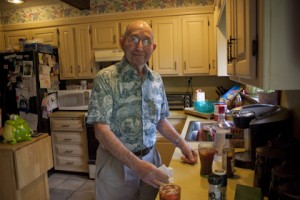 If there was a Hall of Fame for bartenders, Stanley’s picture would be hanging on the wall. Prominently. But he’s already mixed me two, so I might be unduly influenced.

One thought on “Infamous”