Thanks to my brother and my sister-in-law, JD and I actually went somewhere cool. They invited us to a Christian music fest – headlined by Third Day. 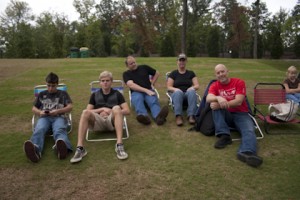 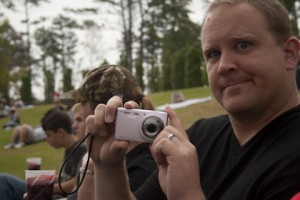 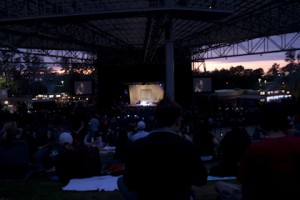 Sunset at the amphitheatre. Because I’m OLD and haven’t been to a concert in 7 years, I told my babysitter it would probably last 2 hours, 3 tops. I was a bit off.

We were a also a bit cold, a bit wet, and seemingly a bit sleepy. 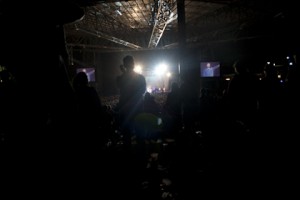 But it was worth it. Third Day hit the stage and they were awesome. For the twenty minutes that I let everyone watch them before making them leave so we could pick up the Moonpie before midnight. I don’t think they liked it, but that’s one of the advantages of being at a CHRISTIAN concert. No cuss fights.

If you are a heathen and don’t know who Third Day is – here’s one of my favorite songs of the night.

Good, huh? And you didn’t have to lie to a babysitter to see them.