Success! Yesterday was day 15 of my 15 day reboot, and I have to admit, I’m pretty happy to be done. Not that it wasn’t good, but I’m ready for a bowl of beans, or maybe a piece of fish. If you’re not familiar with the reboot, the idea comes from the movie – Fat, Sick and Nearly Dead. The website, www.jointhereboot.com, explained three different programs to get started. I went with the Reboot Entry Program.

Our entry plan is a 15 day journey to wellness. In this plan, you can juice and blend produce as well as eat raw and cooked vegetables and fruits in any order or combination that suits your life. This program is intended for those who are brand new to eating a plant-based diet, those who have recently completed a juice fast or those who would like to participate in a Reboot, but don’t want to exclusively juice, for 5 days. In this program you can juice with eating for the entire time. 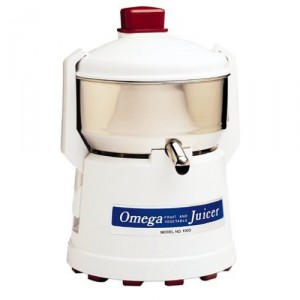 I bought my juicer years ago at a yard sale for about 5 bucks. It worked fine, until Day 15 when I broke the handle. I juiced, in various amounts and concoctions – carrots, celery, kale, cucumbers, apples, oranges, pears, lime, ginger, plums, beets, grapes and spinach. Believe it or not, most of it was delicious. The green juice wasn’t my favorite, but it was better than I had expected. Carrots, apples, celery and pears make a yummy drink.

I ate all of the above, plus asparagus, olives, artichoke hearts, broccoli, bananas, zucchini, squash, onions, okra, collards, mushrooms, white potatoes and sweet potatoes. Most of the time I ate it raw, but at least one meal would be cooked. Typically I’d juice for breakfast and lunch, then eat a big salad with a baked beet, or asparagus for dinner.

What I Didn’t Have –

I only ate out three times. I ordered a salad and a plain baked potato with a side of salsa at O’Charleys, and the veggie plate at West Cobb Diner. Houston’s was a problem, and I finally had to go with a Caesar salad.

I was really, REALLY good. On day 4, I ate nuts before I realized it was on the forbidden list, and on day 12 I ate black-eyed peas because I forgot! Other than that, I didn’t stray from the diet.

Week one was HARD. My head throbbed, my face broke out, and I got knots in my muscles. Seriously. I decided on day 2 that if getting off caffeine was that hard, I never wanted to drink it again. By week two, my head had stopped hurting and I actually felt great. GREAT.

I didn’t really miss anything terribly. The hardest days were watching JD eat perfectly grilled salmon, and going to a party where hot wings were prevalent. My brother had a bbq just to torture me, but as long as I had veggies, I was fine. No hard-core cravings!

Kittens, produce ain’t cheap. But I didn’t just think about what I was eating, I thought about what I WASN’T.  A 3 pound bag of apples was 3.29 but a bag of Doritos is close to 4! And while pears may be 2.29 a pound, steak is a lot more. I didn’t go organic, shopping mainly at Costco and Walmart, and I went for the cheaper things like apples over oranges, and celery over pears.

I did my usual amount of exercise, which is to say very little. The first week I didn’t feel like doing any, but after that I walked a few times and did sit-ups as the mood struck me.

So how much did I lose? After two weeks and one day of juicing and eating veggies and fruit ONLY, I lost a total of NINE  pounds. Considering I usually diet for a week and lose .2 pounds, this is EPIC.

Although I started this as a way to lose some weight, now that I have 15 days under my shrinking belt, I want to keep going! Not with the whole program, but I’d like to keep eating better. I’m planning on introducing fish, eggs and beans back in the diet soon, but caffeine is no longer my friend. Sugar – who needs it? Bread, I can take it or leave it. Liquor – okay, let’s not go crazy.