A few weeks ago I was hitting the yard sales with my mother when I found a table full of Webkinz for sale. If you’re not familiar, Webkinz are stuffed animals that also have a virtual version online. To access the virtual version, you enter in the code on their website. Normally they run about ten bucks each, but this lady had a bag full for .50 cents a piece. All of the codes were still attached, so I thought, “Heck YES!” There was a small part of me that thought maybe the codes had been used, but there was a LARGER part of me that figured Webkinz probably reused their codes and they would just have to suffer for their lack of thinking this thing through.

Fast forward to today. Moon has been at horse camp all week and yesterday she asked if her riding friend Karla could spend the night tonight. The girls swam, had dinner, watched Ratatouille.

(Side bar, is that the most disgusting movie ever?? It is a RAT, cooking your food! The whole thing kinda creeps me out.)

After the movie they went outside to catch fireflies and look at the moon through our telescope. Finally, with nothing left to do outside, they climbed into bed and asked to play a few games on the computer. Which brings me back to Webkinz. See, Karla hadn’t been introduced to the site, so I thought it would be a GREAT idea to bring out the bag of animals I had purchased and let her pick one. She chose a rabbit and I went through all of the “Adopt-A-New-Pet” steps, setting her up with a password, etc.only to find that the code had been used, and they wouldn’t let us use it AGAIN. Man, Webkinz, way to suck all the fun out of yard sale shopping! So I tried the next one. And the next one. And the next one. Picture two little girls in the bed, crossing their fingers, their toes, their legs, their arms, hoping against hope that FINALLY, one of the codes would work. Picture someone ,who shall remain nameless, randomly putting in numbers and letters trying to get lucky. Sigh. 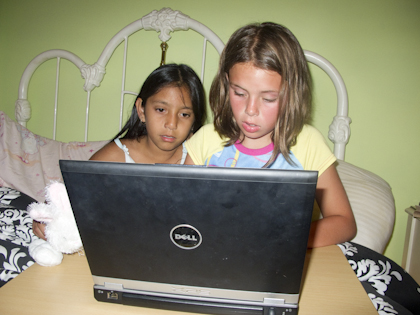 Which is how I found myself at WalMart at ten o’clock wearing sweat pants, my shirt from India, (without certain other garments that most people find essential for public forays I might ADD), flip flops, no makeup and pool hair – searching through the Webkinz bin and hoping no one I knew had suddenly run out for coffee. I told JD as I left that if I didn’t come home in an hour to call the police. He gave me a look that said, “Riiiiight, someone is going to kidnap YOU.” 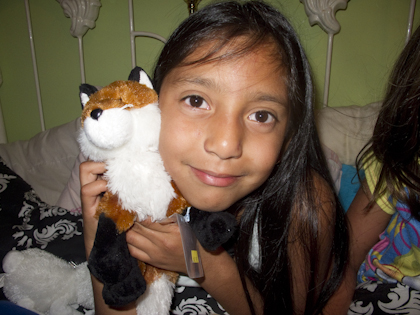 Well, at least Karla is happy and I didn’t run into anyone I knew. I’m pretty sure that no one saw me.

One thought on “Cheap Much?”