MoonPie has Market Day at school today. The kids earn “money” every day at school. They get 5 bucks for good behavior, extra dollars when they do something special, get money taken AWAY when they do something bad, and they have jobs every day where they earn a salary. They actually had to fill out an application for the specific job they wanted and some pay more than others. I’m glad she’s learning about all this SOMEWHERE.

Market Day is where they can spend all of the cash they’ve earned so far on things like pencils, school items, etc. But in addition to shopping, they can also SELL stuff. The kids were encouraged to come up with an item, price it, advertise it, and bring it to sell, all to teach them something called “en-tre-pre-neur-ship.” Normally I’d blow it off and teach her something called “op-tion-al” but it was for a social studies grade and I have no idea if we need the extra credit or not, so we decided to go for it. And by “go-for-it” I mean make a big mess and rethink the whole “good grades” concept.

MoonPie decided to sell what we’re calling, LOVE ON A STICK. Our first idea was Sticky Goo for You but it was vetoed early. It’s caramel apples. 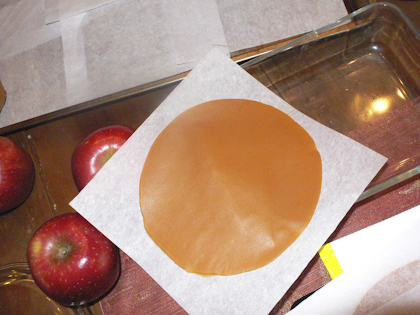 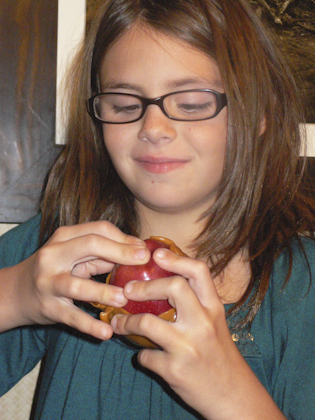 Then you stretch the caramel around the apple. I’m SURE she washed her hands. And didn’t cough or sneeze. Would I use all caps if I wasn’t SURE? 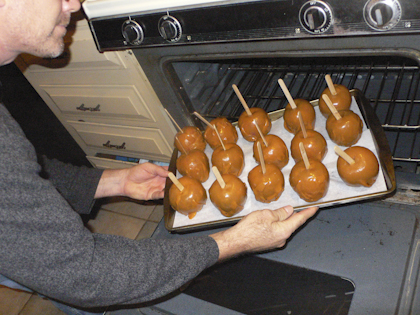 We put a stick in each one, then put them in the over at 200 degrees for 5 minutes. 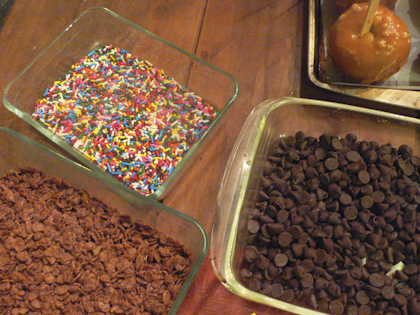 Then we rolled them in sprinkles, chocolate chips and/or chocolate cereal flakes. That’s when we realized that 200 degrees wasn’t really making the caramel hot and none of the awesome toppings were really sticking. So we mashed them in with our hands. Hey, none of you are going to BE at Market Day are you? 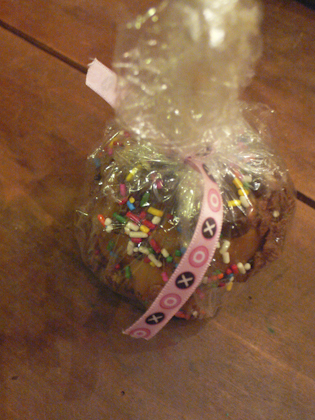 Love on a Stick! This can be yours for the bargain price of five dollars! I wonder if they give extra credit for learning a little thing called  “un-sold in-ven-tory”.