Moon and J? They won.

Their very first duplicate bridge game ever, and they won. They came in 3rd in B for .31 points. Not only that, but one of the adult supervisors kept coming over to tell me how impressed he was with them. This must be how Michael Phelps mother feels.

A glimpse into our day:

Walking down the Atlanta street with their pink, bridge totes. 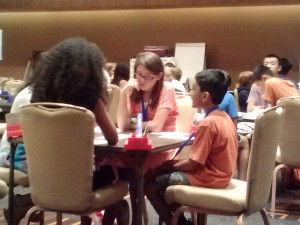 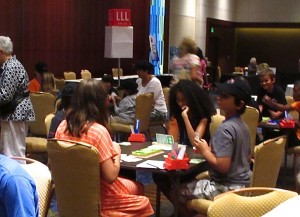 J bid 4 hearts, enough for game and her silly opponents doubled her which means they didn’t think she’d make it. They were wrong!

The tournament posted the scores after 5 rounds but it didn’t show whether the girls were winning points. We waited and waited for the final scores, and finally I sent the girls to the lounge for cookies and told them I’d catch up later and let them know. When I found them and told them they’d won, they insisted on seeing for themselves. 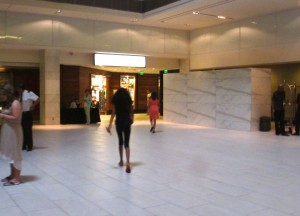 I’d wager they were the only bridge players sprinting through the lobby. 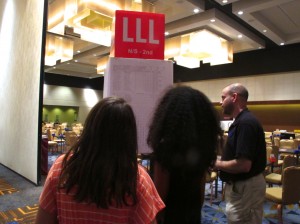 The girls scoured the leader board to find their names.

The only thing about the day that was disappointing is how the girls reacted. I really thought they’d find the day fun, and that winning would be exciting for them.

You know tweens, blase about everything, amiright Kittens?

One thought on “Bow Down, Biddies!”