Spring Break is officially over. This is where I would insert a frownie face but I’m too tired. The kids decided to go out with one last hurrah, so we piled in the truck, grabbed Moon’s BFF, Jemi, and headed to Sparkles. Sparkles, for the unfamiliar, is a big room with skating, a play tower, laser tag and arcade, where kids run and scream to their heart’s content, and moms’ sit in the corner taking advantage of free wifi and the margarita machine. Okay, there’s actually not a margarita machine, but how awesome would that be!

Jeanette came over later to pick up her daughter and told me about a cool website where you can assign “points” to your child for doing different tasks. For instance, cleaning your room gets you 8 points, while brushing your teeth garners 1. These are obviously based on degree of difficulty, not importance. Then you trade in your points for “rewards”, like watching tv, or playing on the computer. I don’t know if it will work in the long haul, but Moon got up on Saturday and immediately started cleaning her room. Since there were no rewards for ME to get for cleaning, I lay on the couch and read a book until noon.

Sunday, we had Home Church which is where we all stay home and watch it on television. It wasn’t ideal, but I had a tennis match and since I had to be there at 12:15, there was no way to go to church first. Well, other than going to the 9 o’clock service, but what are we, FARMERS? By the time I actually got to the courts, it was sprinkling. Since I’d driven an hour to get there, we decided to go ahead and play. In the rain. We made it a set and a half before the puddles on the court forced us to stop. Also, we were losing.

I wasn’t the only person playing in the rain, the Masters was happening. My guy, Adam Scott, won! Yay, Adam. I’ve been a fan all the way back to earlier today when I first saw him. 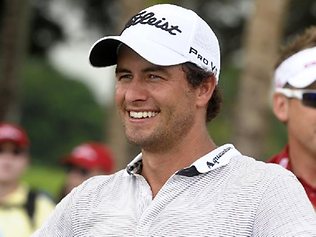 Moon has her rewards, and I have mine.