Have I mentioned that my shoulder hurts? Well, for the past 6 months or so, I’ve not been able to lift weights with my left arm or do pushups, and getting out of my jog bra is a real struggle. So basically it hasn’t hindered me at all except that I can’t exercise, which is to say NOT AT ALL.

Still, I felt like I should go to the chiropractor and see what they could do. Kit had great success when her shoulder hurt, so I went last week for my first treatment. Have you ever visited a chiropractor? It’s changed a lot in the last few years. Now they use something called an ACTIVATOR which is like a mini pogo-stock that they pop you with. It’s supposed to knock your bones back into place. 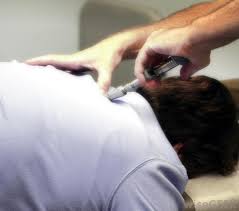 Sounds like a plan to me! I’ve been twice and I can’t really say yet if it’s working, but they do have a fun table that you stand against, then it lowers horizontally while you lean against it, so that’s something.

I’ve been going to the doctor/dentist a lot lately. Tomorrow I’m going to the dentist for a cleaning, but I also get to tell them that the crown I received two weeks ago is already CRACKED. Since I’ve been dieting for 12 years and haven’t had any solid food, I blame them. After that visit, I get to go to the dermatologist and have a bump removed from my head. It’s noting serious, but since I’m dangerously close to looking like a unicorn, I thought I’d have it taken care of. What really stinks is that if I’m going to drop $250 bucks at the dermatologist, I want it to be for something important like Botox, amiright Kittens?

I don’t have time tomorrow, but I’d also like to fit in a trip to the nail salon this week. It’s sad that I’ve finally reached the place where I have the money to get work done, and I’m too dang old for it to make a difference!

One thought on “Activator Schmacivator”